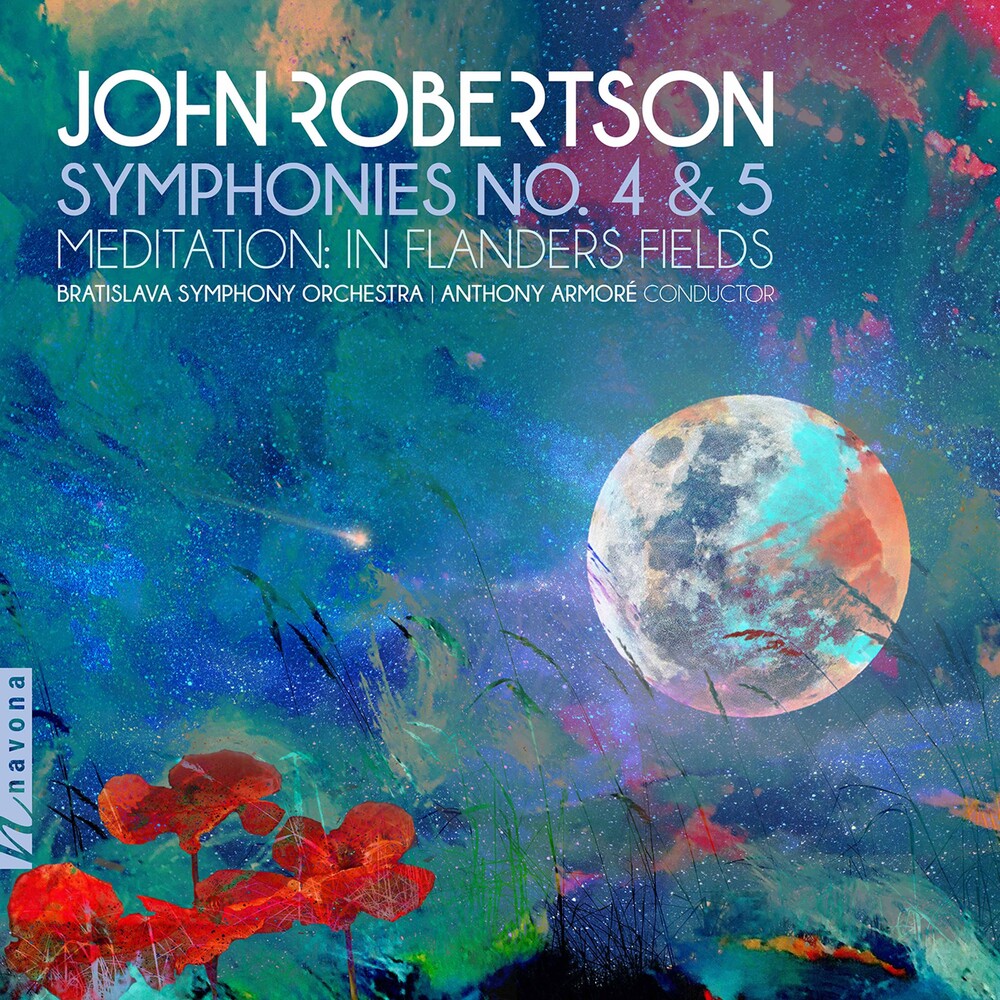 In an age accustomed to three-minute pop songs being the norm, does the world need more full-length symphonies? Yes, says New Zealand Canadian John Robertson with his new release, SYMPHONY NO 4 & 5. Like their predecessors, these orchestral works make no sacrifices in terms of scale and style: they aim to be grand, aesthetic compositions, and are intended to be enjoyed as such. Symphony No. 4 and Symphony No. 5 bear the opus numbers 73 and 76, respectively - quite a feat, and even more impressive when one considers that composing wasn't Robertson's primary career. Instead, young Robertson had made the sensible choice to go into the insurance business. Nonetheless, the desire to invent music stuck. A competition win in 1987 eventually cemented this pastime as a worthwhile pursuit. Like Robertson's previous symphonies, No. 4 and No. 5 exhibit a strong adherence to a kind of neoclassical aesthetic, with influences of 20th-century composers sprinkled throughout. Unlike the previous orchestral works, however, these later symphonies are darker, more mature, more mysterious and generally more collected. Nestled in between is Meditation: In Flanders Fields, op. 70, a poem colored by long, winding symphonic lines and nebulous harmonies. It's a clever choice both in terms of style and content, working perfectly as a musical palate cleanser between the larger symphonic pieces. Together, these works represent more than the sum of their parts: they aren't just unrelated compositions, but an apt snapshot of Robertson's later oeuvre.