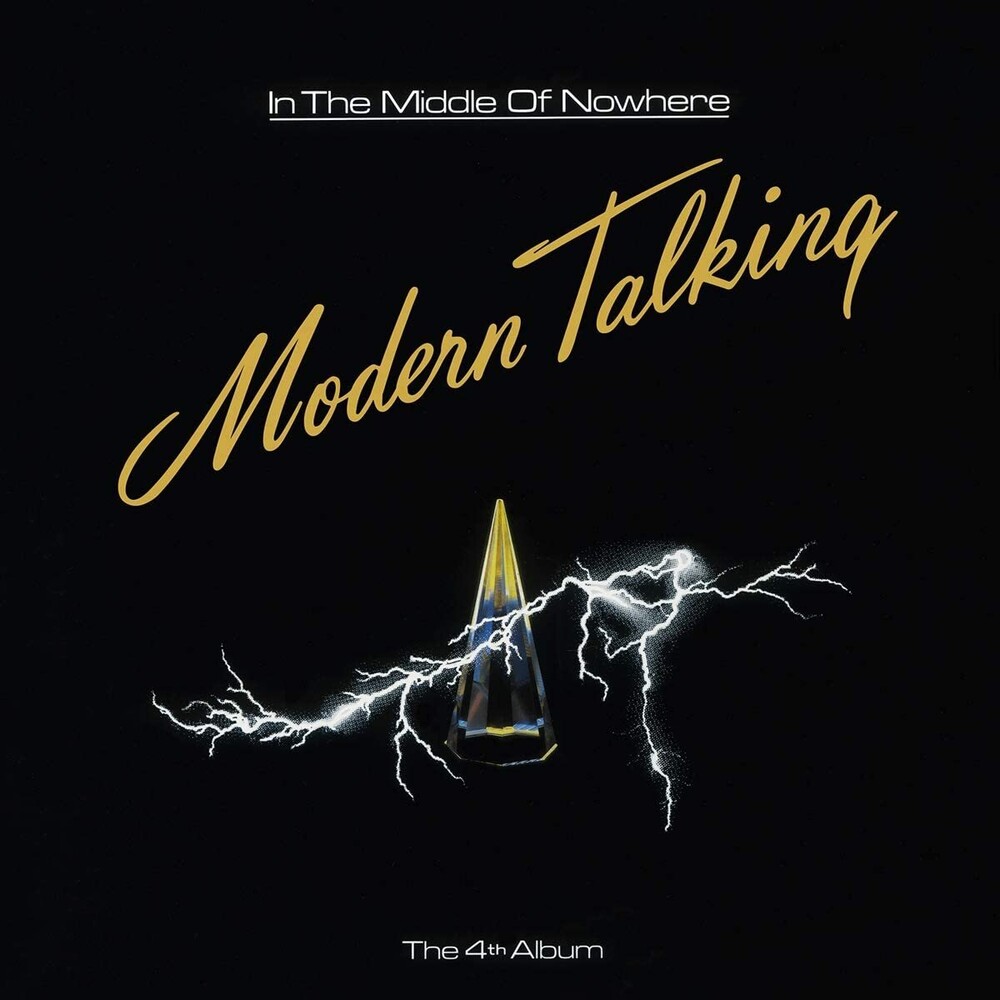 Limited 180gm vinyl LP pressing housed in jacket with gold-spot varnish on the front cover. Includes insert. In the Middle of Nowhere is the fourth studio album by Modern Talking. It was released on 10 November 1986 in Germany and in other territories. The album contains the international hit single 'Geronimo's Cadillac', which reached a top-5 position in Germany and Austria while entering the top-10 in many other countries including Switzerland, Sweden and Norway. The album also features follow-up singles 'Give Me Peace on Earth' and 'Lonely Tears in Chinatown' as well as fan-favourite 'Angels sing in New York City'.
back to top