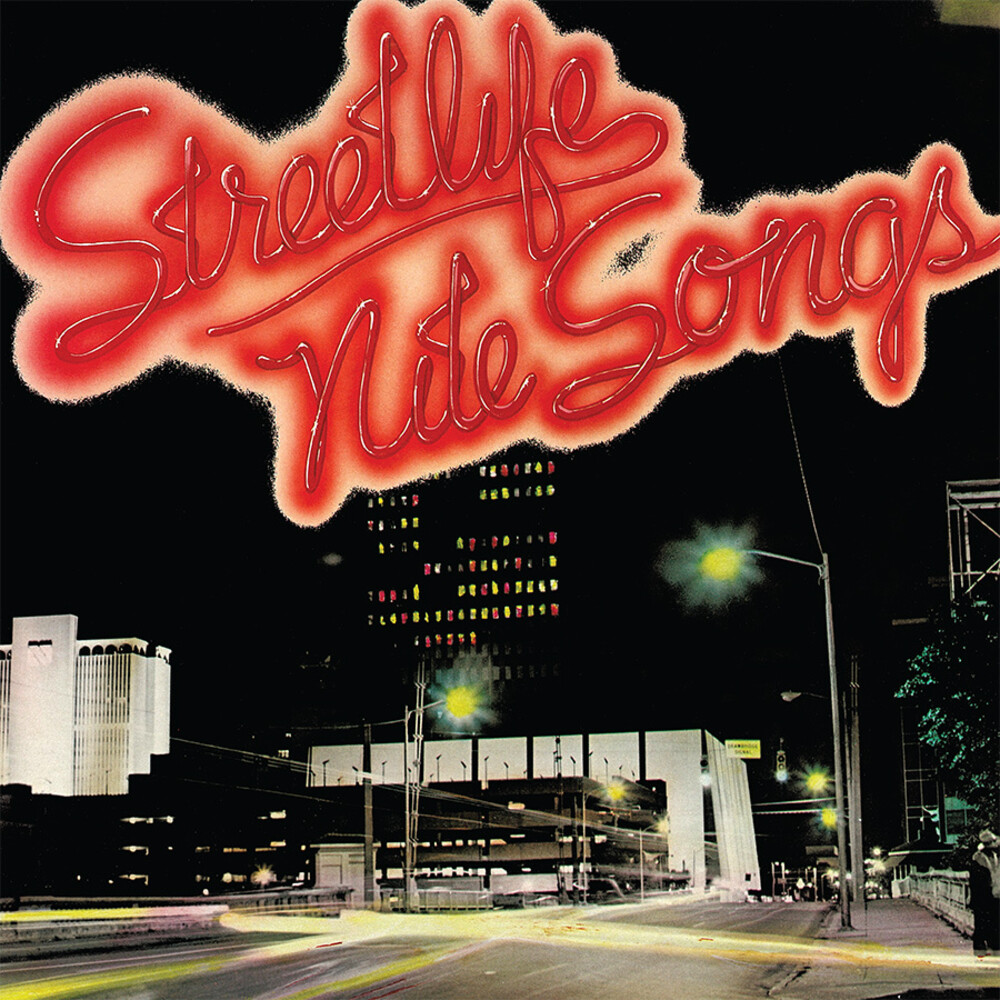 Streetlife was a short-lived soul-funk band from the Tampa Bay area and released just one album in 1980. The group was composed out of several dynamic musicians (ranging from street players to college professors) but at that time nobody knew (yet) that their Nite Songs LP would become such a much sought-after private pressed holy grail within the record collecting community! Streetlife was founded in 1979 by Sonny Pekerol and Phil Tolotta who were both members of the top-selling 1960s Washington DC Grammy Award-winning hit band 'The Winstons'. Their track Amen, Brother is the most widely sampled instrumental in the history of the electronic music & hip hop genres... it would become known as the Amen Break. When 'The Wintstons' story came to an end, Sonny Pekerol (founding member and originally playing the bass - then successfully evolving into the manager and promoter) and pianist/vocalist extraordinaire Phil Tolotta would continue their musical friendship/collaboration under the name 'Streetlife'. Their high-energy sound got the attention of local crowds in no time... so the decision to record and cut a vinyl album came as a natural thing. Nite Songs (produced by Sonny & Phil, who also wrote the bulk of the songs) saw the light in 1980 and quickly gained attention and airplay (receiving radio & television coverage nation-wide). Described as the hottest band from the state of Florida, 'Streetlife' had the magnetism to captivate you, be it on concerts, nightclubs or on vinyl. Other members included: Octavia (responsible for the amazing lead & backing vocals on the album), Mark Halisky (on keyboards & the writer of two songs on Nite Songs), Ray Butler (on drums), Mike Milhoan (on trumpet), Bryan Mann (on the guitar) and Stephen Nathan (playing the trombone, flugelhorn & doing the arrangements). Charles Davis also played bass in the band for a while (he and bandmate-drummer Ray Butler were members of the 'Washington Jamb Band' back in 1977). Mike Flore (Sax) and Ramon Lopez (from the well-known 'Stan Kenton Orchestra') would also join them on the Nite Songs recordings. Collectively 'Streetlife' had more than 75 years of experience... and these extraordinary talents (with almost as many varying backgrounds) are meticulously coming together on the album we are presenting you today. The entire album is filled with sexy (yet strong) unique vocals that make the listener experience a lot of emotions, aggressive 'slap & thumb' bass lines & small yet groovy horn sections... one can clearly hear the influences of artists like Otis Redding, Curtis Mayfield, as well as several Motown, acts like Marvin Gaye softly slipping in. If you like your songs either slow, sexy and groovy or prefer them fast-paced and more experimental & cosmic... look no further, Nite Songs has it all. This is THE perfect combination of slick soul, blasting Hammond B-3 organ funk, smooth jazz and melancholic R&B piano works. This album just begs for a prominent space in record collections fans and crate diggers worldwide! Streetlife was a true example of a bright light burning out way too quickly. Thankfully we are left with the unique (and very rare) document that is their Nite Songs album. Tidal Waves Music now proudly presents the first-ever vinyl reissue of this fantastic private-pressed Florida soul/funk album (originally released in 1980 on D.C. Records). This rare record (original copies tend to go for large amounts on the secondary market) is now finally back available as a limited vinyl edition (500 copies) complete with the original artwork. This reissue was supervised by founding members Phil Tolotta & Sadi Pekerol III (son of Sonny Pekerol) and comes with an insert that features exclusive promo shots and the original artist biographies.