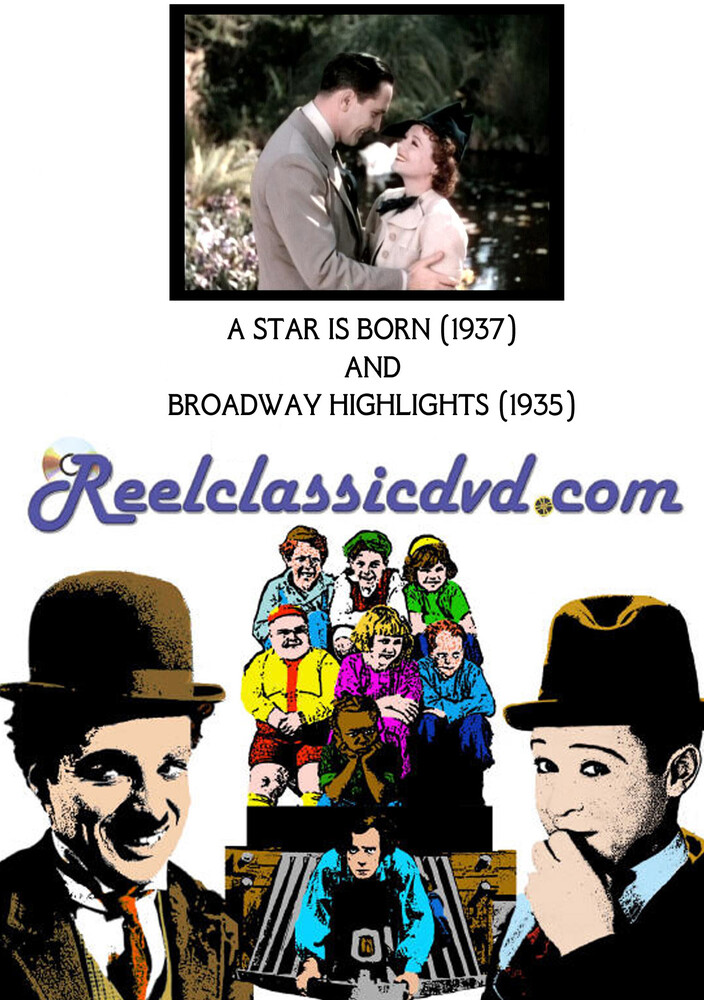 A STAR IS BORN starring Janet Gaynor, Fredric March, Adolphe Menjou, Lionel Stander and Edgar Kennedy. Directed by William Wellman and produced by David O. Selznick. Lavishly produced and brilliantly acted by a stellar cast, A STAR IS BORN is a landmark film in the career of producer David O. Selznick, who made many of Hollywood's greatest films including GONE WITH THE WIND. It tells the story of Esther Blodgett, a country girl who dreams of stardom in Hollywood. After making the journey her dreams come true when she becomes Vicki Lester, one of Hollywood's royalty, who marries Norman Maine (March) the handsome, popular leading man. Before long she sees through the glitter and hypocrisy as her husband's career comes to an end and he descends into alcoholism. Produced in Technicolor, very poor copies of this film have circulated for years. The Reelclassicdvd version is of very high quality. BROADWAY HIGHLIGHTS starring Earl Carroll, Sophie Tucker, Al Jolson, Jack Benny, Jack Dempsey, Rudy Vallee, Fanny Brice and more. Narrated by Ted Husing. A tour along the "Great White Way" and other notable locations around New York. We visit many of the great stars of stage and screen as they make public appearances, attend ceremonies and appear on radio programs of the day. Lots of fun!