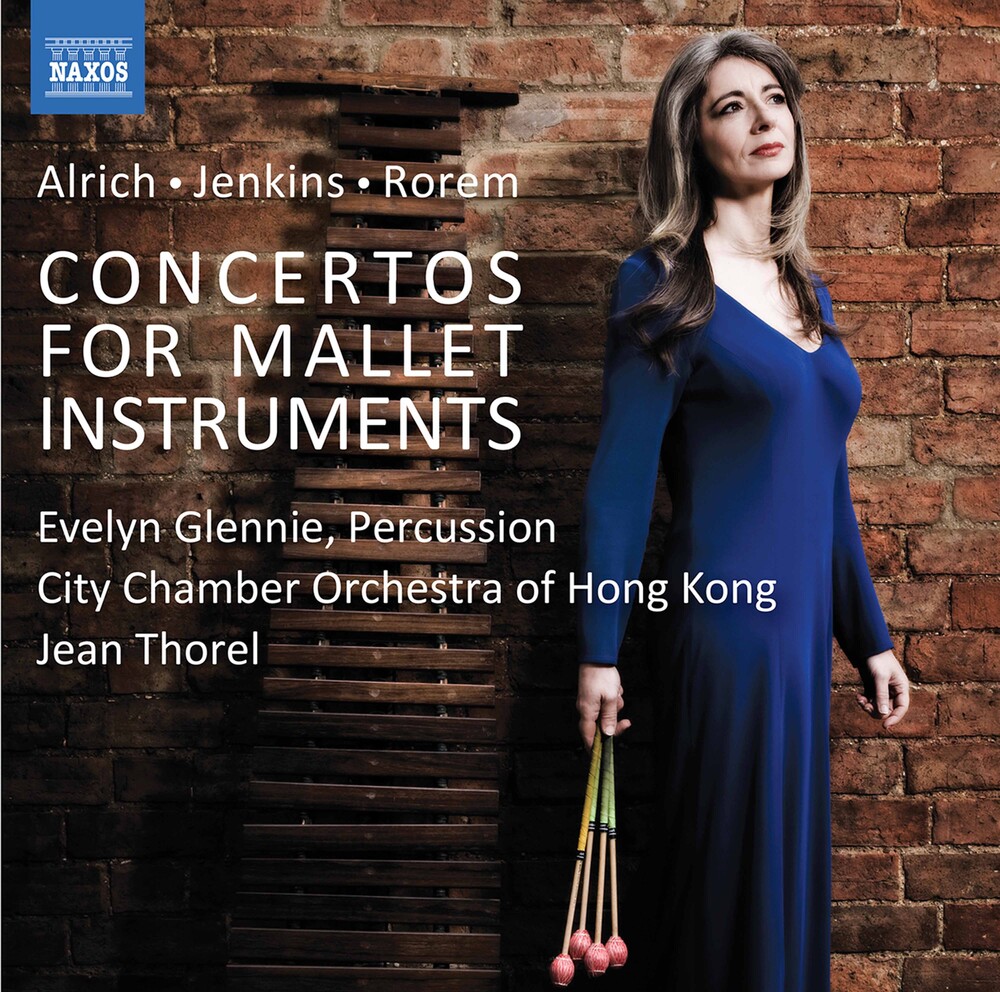 This compilation of concertos for mallet instruments features triple GRAMMY Award-winning percussion virtuoso Dame Evelyn Glennie and City Chamber Orchestra of Hong Kong. Alexis Alrich's Marimba Concerto, a rich amalgam of bold rhythms and exuberance, also explores Mexican and Asian-inspired music. Sir Karl Jenkins traces the 15th-century tune La Folia, furnishing it with refinement and strongly characterized intensity. Ned Rorem's Mallet Concerto highlights the contrasting resonances of four different pitched mallets in music of drama and dynamism. Dame Evelyn Glennie is the first person in musical history to successfully create and sustain a career as a full-time solo percussionist. As an eclectic and innovative musician and composer, she is constantly redefining the goals and expectations of percussion. Her diverse collaborations include performances with Björk, Bobby McFerrin, Sting, Mark Knopfler, The King's Singers and Béla Fleck. She has performed as soloist with many of the world's major orchestras, and took a lead role in the opening ceremony to mark the 2012 Olympics in London. Dame Evelyn Glennie has commissioned over two hundred new works for solo percussion from many of the world's most eminent composers. She has made over forty solo recordings, three of which have received GRAMMY Awards. She has received over ninety international awards, including an Order of the British Empire (OBE), Dame Commander (DBE) and the Companion of Honour.