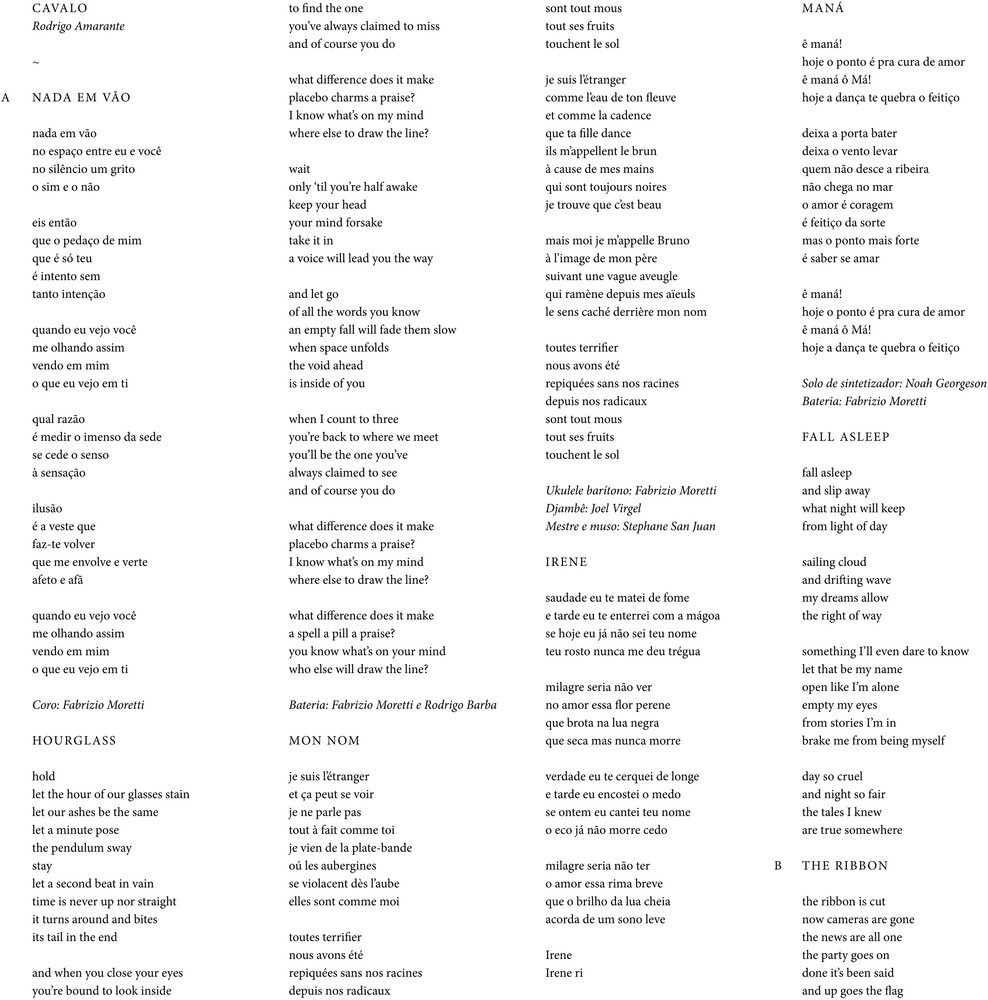 This is Rodrigo Amarante's first solo record. It was made during an unexpected but very welcome exile, in a land he wouldn't have predicted he'd linger for too long; the west of the west. But the sense of distance and his newly acquired refreshing anonymity kept him staying. Rodrigo found himself leaning on that distance, projecting onto it, the space echoing back to him with a new voice. Cavalo means horse in Portuguese, a word also used for people who channel spirits in service, something normal to Brazilians. Another instance of an amalgam between vehicle and vehiculated, and writing these songs felt like that, an attempt to merge these often conflicting voices, the mind, and the gut.Rodrigo repeatedly found himself a foreigner, an explorer, moving from city to city every three years as a kid. He pretended to have the forbearance and courage he ended up forging while secretly carrying the resentment of the imposed detours, of the wait to return. When he finally arrived back in Rio no longer a child and with an accent three times tampered he realized that his hometown wasn't his, that he had invented it in light of what he saw elsewhere, it's memory a dream of scents and light that didn't seem to exist in space, maybe in time. He discovered himself a stranger, what he had been since he first left and knew to be temporary, what he realized was definitive. And it was a bitterness at first but it slowly turned into something sweet, warm, he felt free and grateful, he had to invent that too, cut the bushes to a new path. He departed again.
back to top