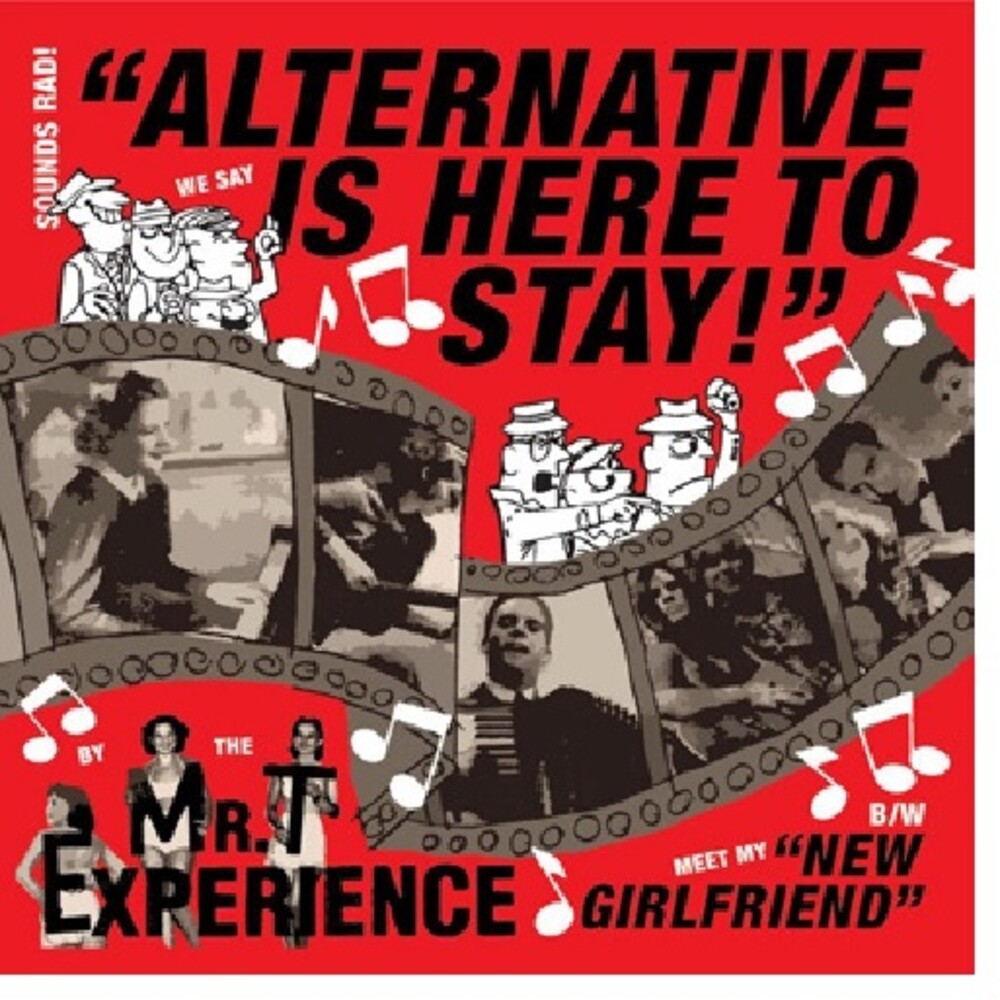 MR. T EXPERIENCE,Â Alternative is Here to Stay,Â is the second in a series of reissues of the MTX Lookout catalog of releases by Sounds Rad. Originally released in 1995 as standalone 7" single (Lookout/Mint Records) the record is easily one of the band's most memorable releases-a gateway record for new fans riding the crest of the mid-90's pop-punk explosion. Featuring the title track, A-side,Â Alternative is HereÂ to Stay, and B-side,Â My New GirlfriendÂ both songs represent the band at the height of their powers: upbeat, hook-driven, with clever lyrics that have endeared fans to songwriter/vocalist, Dr. Frank. This 7-inch has been carefully remastered by Justin Perkins of Mystery Room Mastering and the artwork faithfully reproduced by Chris Appelgren of Lookout Records.
back to top