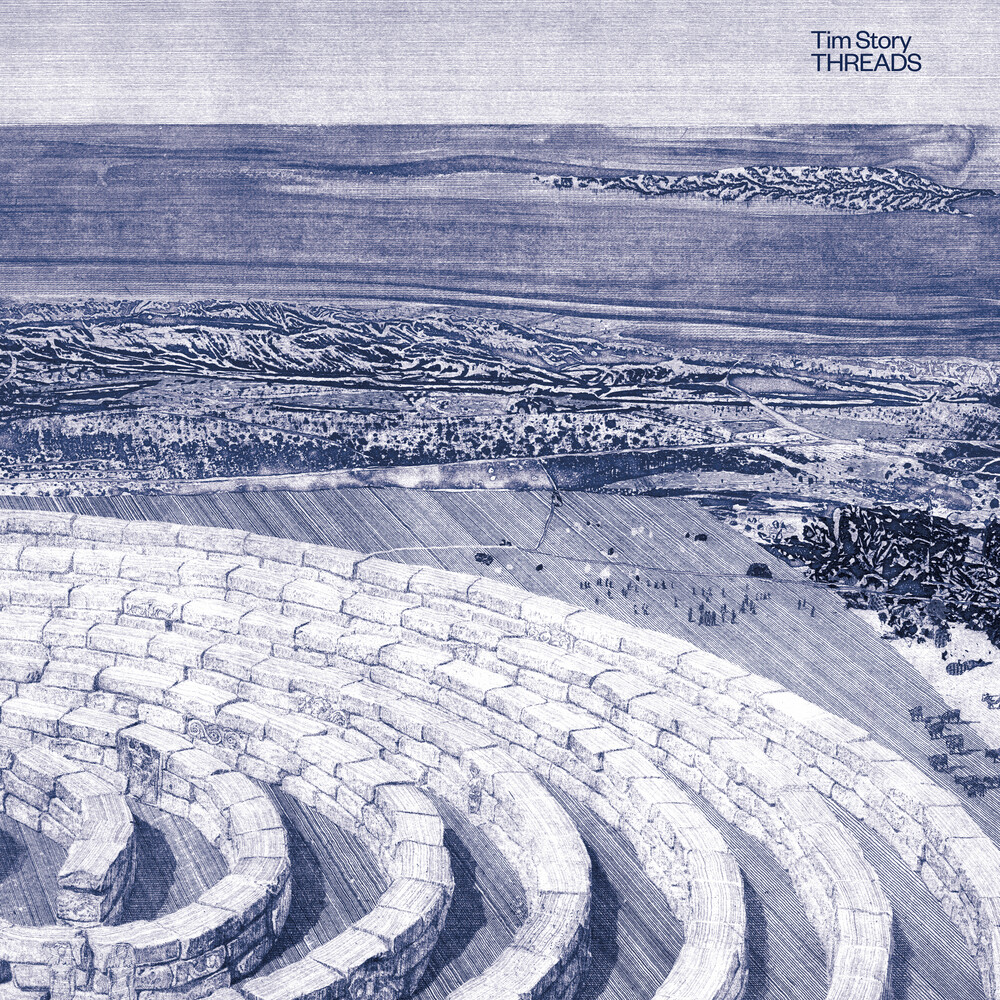 The saga of composer Tim Story's 1982 debut is a case study in the shifting sands of the early progressive music industry. Recorded on a Tascam 4-track reel-to-reel in his basement bedroom in Whitehouse, Ohio using a ragtag array of equipment - salvaged vibraphone, pawn shop Les Paul, his mother's spinet piano, a PAiA synth kit assembled by his girlfriend's father, and a Yamaha CS-30 - Story optimistically dubbed six cassettes and sent them around the world. Following a polite rejection from Klaus Schulze, the French avant-garde label Atem (This Heat, Univers Zero, Art Zoyd) reached out with an offer to release Threads via their new instrumental electronic subdivision, Labyrinthes. After several letters confirming terms of the arrangement as well as multiple rounds of test pressings, correspondence suddenly ceased. Some months later the label folded, never having begun.Synchronistically, however, Schulze's copy ended up in the glovebox of an engineer associate, who happened to play it for a couple visiting journalists with contacts at a newish Norwegian imprint, Uniton Records (Popul Vuh, Harold Budd). Impressed, they connected Story to the label head, but by then he'd already recorded a follow-up, the more neoclassical-leaning In Another Country, which became his inaugural release. Finally, 40 years later, Dais Records is rectifying history's error by properly issuing Threads on vinyl for the first time. It's a beautiful, beguiling work, exploratory but emotive, documenting, as Story puts it, "the path not taken... like the first chapter of a book that was set aside to begin another."Despite only being in his early twenties at the time of it's creation, Threads feels finessed and considered, weaving through a diverse spectrum of moods and minimalist melodies. From sunburst synthesizer devotionals ("Tethered By A Thread") to shadowy cosmic drift ("Without Waves," "Iso") to fragile piano vignettes ("Burst," "Scene And Artifact"), Story's compositional instincts skew subtle and sophisticated, carving gemstones of fluctuating radiance. He cites his discovery of tape loops as a central tool in the process, allowing him to generate recurring patterns of echoes and texture, decaying in volume and fidelity as desired: "A whole new and inspiring world opened up."As both time capsule and discographical fountainhead, Threads vividly captures the threshold sensation of early 1980's electronic music: post-kosmische, pre-new age, before ambient became codified, just as synthesizers began slipstreaming into the underground. It's an album of beginnings and forking paths, inner space voyaging towards limitless horizons, born of "youthful dedication to something one loves, in a world that feels uncertain."